Subject : Report of participation at the 18th Annual Conference for teachers of English, Myanmar

Theme: The theme of Myanmar’s Premier ELT event was English and Development. The four strands of the conference were:

Aim: The aim of the conference was to explore the role learning a second language plays in supporting and facilitating development. The British Council believes that English is critical for countries’ successful participation in the global economy. And it provides individuals with access to critical knowledge, skills and employment opportunities and enables organizations to create and sustain international links.

Presentations and Workshops: The presentations and workshops ( 60 minutes) aimed to contribute practical and context based strategies to support Myanmar educators and decision makers. The major areas covered were: methodology, curriculum development and English as a skill for future development. A total of forty nine sessions were presented over a span of two days.

The keynote speech was delivered by Mr. Allen Davenport, teacher development manager for the Southeast Asian Region on ELT as a source for 21st Century Skills. The panel discussion session titled: The Role of Capacity Building in Education Reform was interactive and members from the British Council, DFID, UNESCO and VSO took part and shared their expertise.

It was a joy to note that AKM Azizul Haque a secondary school teacher of Sylhet Cadet College, Bangladesh conducted a workshop on Adapting Classrooms for Better Employability. The workshop focused on combining integration of language skills, digital education and numeracy to ensure variety and better employability.

It was a great opportunity and rewarding learning experience to be able to participate at the conference. A meeting of core MMTESOL members and representatives from the British Council was held at the second day of the conference to discuss ways of collaborating with BELTA and taking the associations forward. 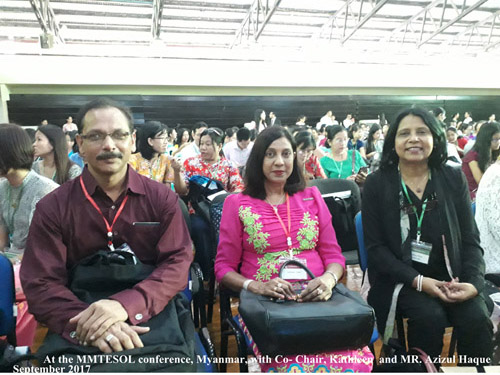 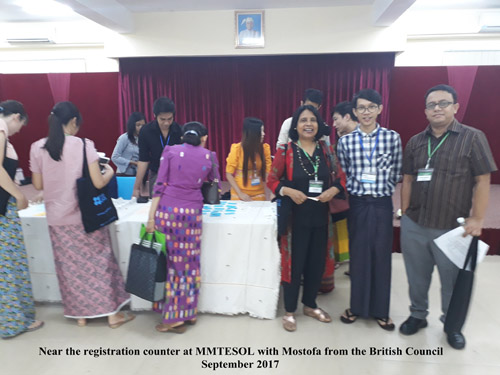 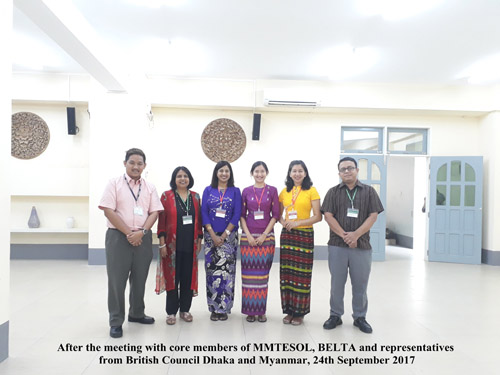 Go back to Photo Gallery